What is a "Pack Leader?"

If you are a dog lover then you have probably heard the term "pack leader." It is a common phrase that is often thrown around but is rarely defined. Instead, we are left to just figure it out on our own. In the world of dog behavior and cognition, there are dozens, if not hundreds, of similar words and phrases that explain things without explaining anything whatsoever. These are definitions without definition. But I love to question things that beg to not be questioned.

Not only does the term "pack leader" define nothing, it is a term that begs to be defined itself. "Pack leader" is a fashionable phrase that originated from the study of captive wolves. It is an antiquated, yet widely used phrase that attempts to describe the social hierarchy in these social mammals. The implication is that within a wolf pack there is a single, dominant figure who leads the pack. This leader supposedly does everything first. They eat first, walk ahead of everyone else during travels, have preferential choice in mating partners, and so on. Beyond these privileges, not much thought is given as to how or why these mysterious leaders control things -- by what means and for what purpose. In the pop culture of dog behavior, the pack leader is simply seen as more dominant and that is the end of the discussion. But volumes could be written on this subject, and this post itself will only scratch the surface.

The word "dominant" is another term that begs to be questioned. More dominant how? Dominant in what way? What is the function of a dominant pack leader? These are all questions that strike at the heart of dog behavior but go unaddressed.

A pack leader can most easily be understood by humans as being a parent. A parent is defined as a caretaker of offspring in an organism's own species. When a dog exerts their influence over others within the dog family, they are engaging the process of parenting. Yes, parents are more dominant. This describes the command-and-control hierarchy of who makes and implements executive decisions. In other words, it tells us parents are authority figures. All social creatures possess this hierarchy. The problem for us humans is we largely misunderstand and oversimplify how this hierarchy functions, by what means, and for what purpose. Sometimes we are told dominance doesn't exist, or that to implement dominance requires physical punishment such as striking our dog or forcing them to submit by pinning them to the ground. All of these are examples of poor leadership, and none are the means to achieve authority over a dog. The way we achieve authority is to simply be the decision-maker in the home.

At its core, a pack leader -- or parent -- is a decision-maker. That defines the role.

Parents within families are ultimately charged with making timely and decisive decisions, just like what is expected of a CEO of a major corporation. Human parents of children make hundreds, if not thousands, of decisions each day concerning the affairs of their children. While "dog parents" are technically not related to their dogs as offspring, we fill the vital role of parenting. The term parenting is defined as the process of promoting and supporting the physical, emotional, social, and intellectual development of a child from infancy to adulthood ( Davies, Martin (2000). The Blackwell encyclopedia of social work. Wiley-Blackwell. p. 245.)

Isn't that the same job as a dog parent? Don't we as guardians raise our dogs in such a way as to develop their mind to help them achieve actualization? Don't we strive to keep them safe and provide for their physical, intellectual, and emotional needs? This notion blows the roof off the argument that dogs are machines -- a current and prevalent ideology that permeates even self-described, cutting-edge, science-based cognitive sciences.

What is not currently recognized is the child-like, cognitive nature of dogs. Their intelligence rivals that of 3-year-old children in their abilities to make calculated decisions, solve problems, be creative, and manipulate humans with facile mastery. For this reason, I rarely use food as lure to motivate dogs. Instead, I use love, affection, guidance, and discipline to teach them good choice-making. The ultimate purpose of these influences is to teach, or educate, dogs on how to make great choices for themselves. Such choices include never running into the road, or never choosing to leave me under any circumstance, until given permission.

As an example, I have included a video of my dogs at home. Please forgive the quality of the video as it was taken with a cell phone, but it exemplifies one aspect of leadership I have instilled within my home, and that is the expectation that my dogs never run out of the door without permission. The fact that I exit the door first is irrelevant. What is relevant is the fact that I make the decision as to who leaves when -- that is what makes me the pack leader -- or rather, a dog parent.

After their exit I change my mind and ask them to go back into the "house." They quickly turn around, enter the home, then automatically wait once more. All of this is done to exert my authority as a decision-maker, and I do so for their own safety.

So the next time you hear the term "pack leader", it is best to translate that phrase in your mind to mean "parent." This is someone who sets boundaries and guides the development of their dog over time within the safe confines of the family. All social creatures on the planet do this, and dogs are no different.

To learn more about this topic and canine cognition order the book Three Dimensional Dog, A Unified Theory of Canine Behavior, and learn to see dog behavior in a new way.

Aaron McDonald is a canine cognitive behaviorist, cognitive theorist, and author. He can be reached at www.ThreeDimensionalDog.com or at amac5860@gmail.com.

All-positive dog parenting is a myth 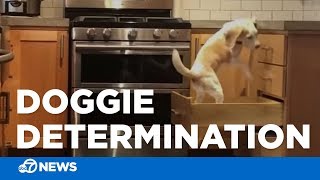 July 4th, Will your dog panic?

Why do dogs jump on people?

Check out my latest interview with Southern Living.

How to play fetch - the five rules

It is natural to discipline your dog